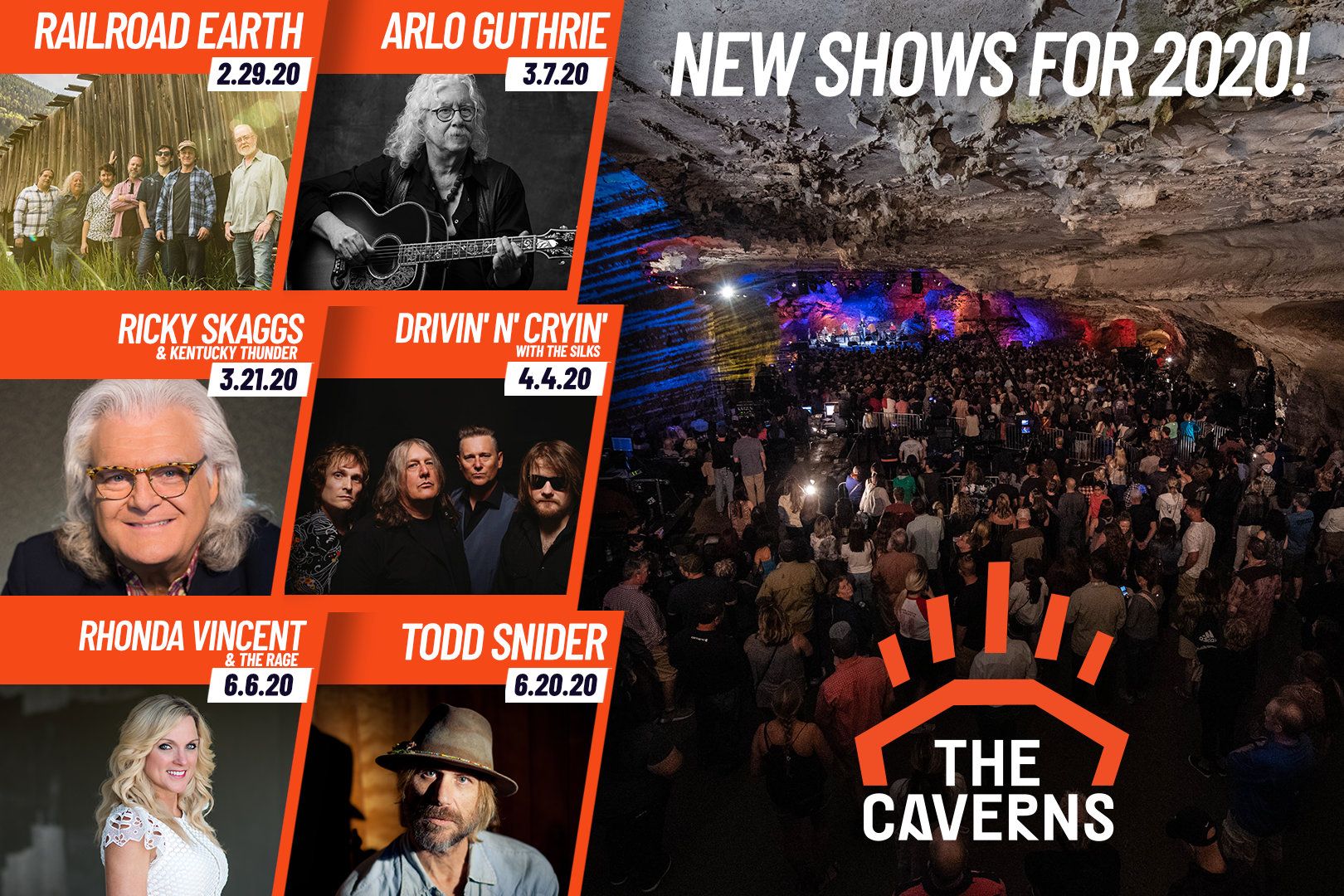 The Caverns Announces New Shows for 2020

As reported by Live For Live Music, The Caverns, a live music venue inside a Tennessee cave, announced five new shows for 2020 with songwriting troubadours, bluegrass legends and hard rock bands. The five shows include:

These dates join two previously announced shows on The Caverns calendar, specifically Umphrey’s McGee on February 13 (sold out) and Railroad Earth on February 29 (on sale now).

“In 2020, The Caverns will host a diverse array of musical genres united by quality artistry and passionate fans,” says Todd Mayo, The Caverns owner.

2020 will mark The Caverns’ 3rd year as a music venue. Located in beautiful Grundy County, Tennessee, the breathtaking venue frequently has sold out shows as music fans travel from all over the country, even the world, to experience the venue’s pristine acoustics and the thrill of seeing a concert in a cave.

Tickets and overnight packages for the five new shows go on sale on Friday, November 8 at 11a CT at www.thecaverns.com.