5 Cave Dwelling Creatures You May Not Have Heard Of Before

Have you ever wondered what creatures can survive in caves? Or perhaps which critters you might run into on a cave tour? There are many animals that call our caves home, and we pride ourselves on maintaining a safe environment for them to thrive! Keep reading to learn more about our most commonly found cave dwellers from Dr. Matthew L. Niemiller, an expert cave biologist. 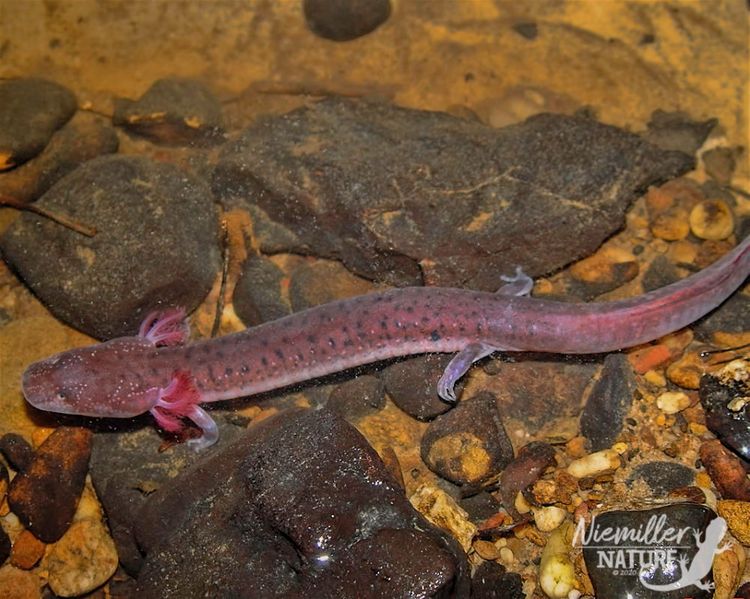 Salamanders are a diverse group of tailed amphibians comprising over 770 types worldwide. They are commonly observed around cave entrances and within the twilight zone of caves in the central and eastern United States. For example, the Cave Salamander (Eurycea lucifuga) is the most observed salamander in caves of the Appalachian Valley, Interior Low Plateau, and Ozarks karst regions.

They have small eyes that only detect light. To locate prey and sense their environment, Tennessee Cave Salamanders have a series of pores concentrated on the head, but also along their bodies, that detect vibrations and movement in surrounding water. 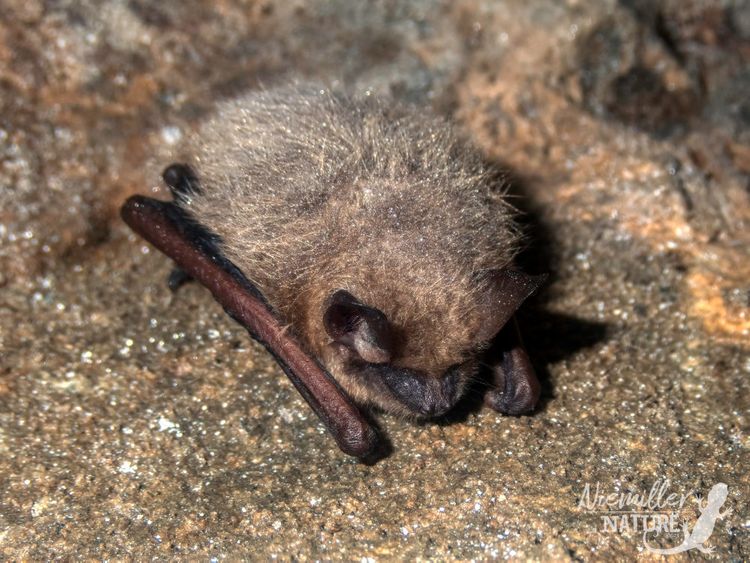 Bats are hands down the first animal that most people think of when you mention caves. And rightly so, as nearly a dozen bat species use caves to varying degrees in the TAG (Tennessee-Alabama-Georgia) region.

Several species are known to roost in caves on occasion during the day, while others, like the Gray Bat, form large maternity colonies to raise young or to hibernate during winter. Tricolored Bats are one of the most frequently observed bat species in caves.

This smaller bat is among the first bats to enter caves for hibernation in autumn and the last to emerge in spring. All bats in the region are insectivorous, primarily nocturnal, and use echolocation to not only navigate but to locate prey. Their nightly foraging bouts provide an estimated $3 billion per year in pest control benefits in the United States.

Regrettably, several species have suffered dramatic population declines throughout their respective ranges due to an emergent fungal pathogen Pseudogymnoascus destructans first introduced into the United States in 2006 in upstate New York. This fungus causes White-nose Syndrome, which has killed millions of bats throughout the United States and Canada. White-nose Syndrome was first detected in the TAG region in 2010 and has now been confirmed in eight species. Tricolored Bats, which were once common in Alabama, now appear to be in significant decline, while Northern Long-eared Bats have been placed on the U.S. Endangered Species List due to White-nose Syndrome. 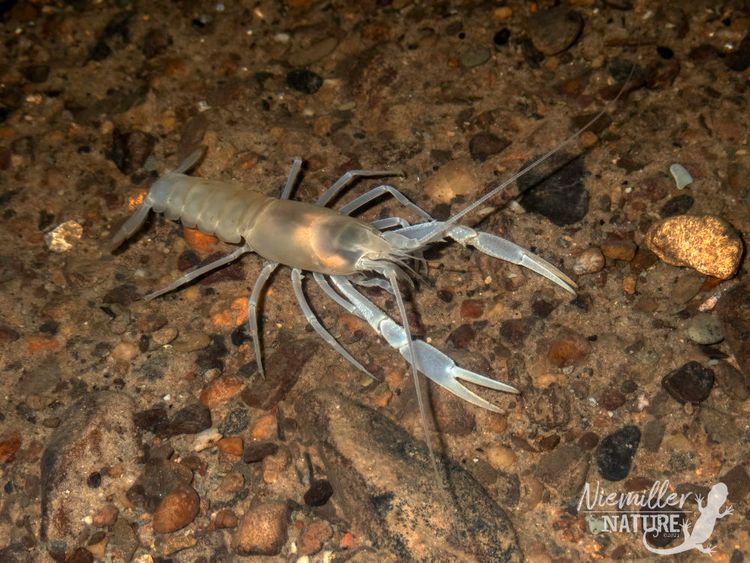 Eleven species of cave crayfishes have been discovered in northern Alabama and central Tennessee. These crustaceans lack eyes and pigmentation and are one of the most conspicuous troglobionts in cave streams in the region.

The most common and broadly distributed cave crawdad is the Southern Cave Crayfish, which is known from nearly 300 caves along the western escarpment of the Cumberland Plateau ranging from near the Kentucky-Tennessee border southwestward into northeastern Alabama to Huntsville.

Like many cave organisms, cave crayfish are opportunistic feeders with a broad diet that includes feeding on smaller aquatic invertebrates but also scavenging on plant matter washed into the cave, bat guano, and carcasses of dead organisms. In cave systems that lack cavefishes and Tennessee Cave Salamanders, they are at the top of the food chain.

Ready for a cave crawdad boil during Mardi Gras? There is a tale that a farmer attempted such a feast. He collected several from a cave spring on his property but got severely ill after eating his Cajun-inspired dinner. While the story is probably untrue, it’s best to keep cave crawdads off the menu as most species are threatened and of conservation concern in Alabama and Tennessee. 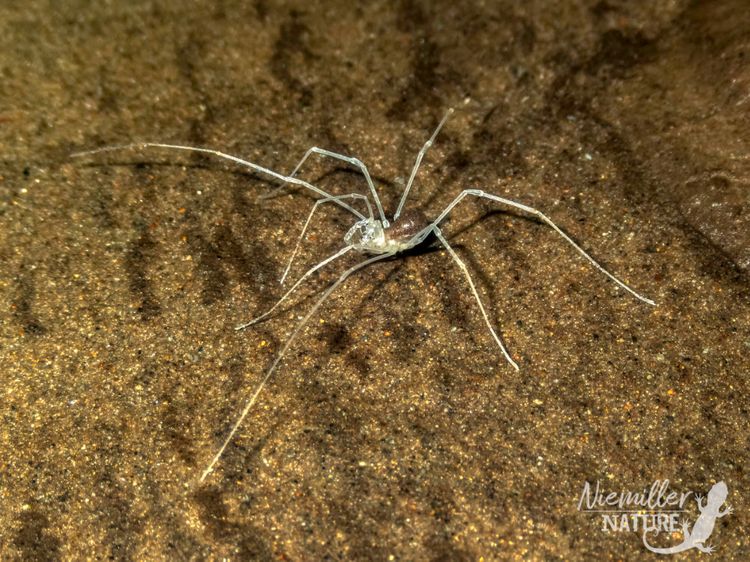 Harvestmen, often called “daddy longlegs,” are a diverse group of smaller arachnids that resemble spiders, which are distant relatives. Although they have eight legs, most species of harvestmen have at most two eyes and do not produce silk. Moreover, they lack venom glands and the ability to inject and chemically subdue prey. So the longstanding myth that “daddy longlegs” are the most venomous spiders is entirely inaccurate.

Rather harvestmen are omnivores that use their fang-like mouthparts called chelicerae to grasp and chew their food, which includes decomposing plant and animal matter as well being predators of smaller invertebrates. A few harvestmen are adapted to living in caves, including the Appalachian Cave Harvestman. This species lacks eyes, has reduced pigmentation, and is known from 20+ cave systems along the southern Cumberland Plateau. It was formally described based on specimens collected from nearby Wonder Cave. 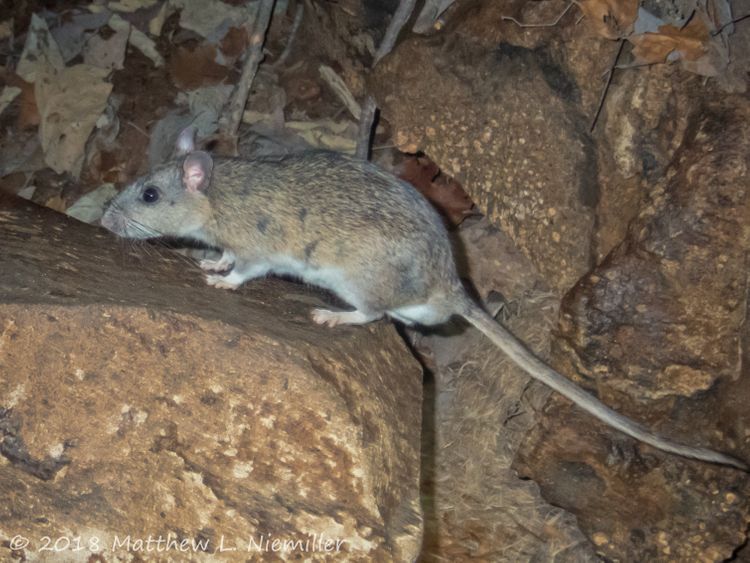 Rats in a cave? It’s true, but these aren’t your average big city sewer rat. Eastern Woodrats range throughout much of the southeastern United States, preferring forested areas where they are commonly near rock outcrops and in and around the entrances of cave systems. These medium-sized rodents (up to 17 inches in length) construct nests called middens composed of leaves, twigs, grasses, rocks, and other objects.

Woodrats are commonly referred to as “pack rats” due to their proclivity toward shiny and colorful objects, such as bottle caps, coins, and even keys, which have turned up in middens. While they often nest in caves, woodrats return to the surface at night to feed, remaining active until just before dawn. They are vegetarians feeding on a variety of grasses, herbs, nuts, fruits, and other organic matter.

Like bats and cave crickets, woodrats are an important link for energy and nutrients between surface and cave ecosystems through the organic matter they carry into caves to build their middens, their guano, and ultimately their carcasses when they die.

We hope you enjoyed learning about some new creatures in this article. Come take a look around the cave for yourself! The Caverns offers tours seven days a week from 9a-5p CT, reserve your spot today.