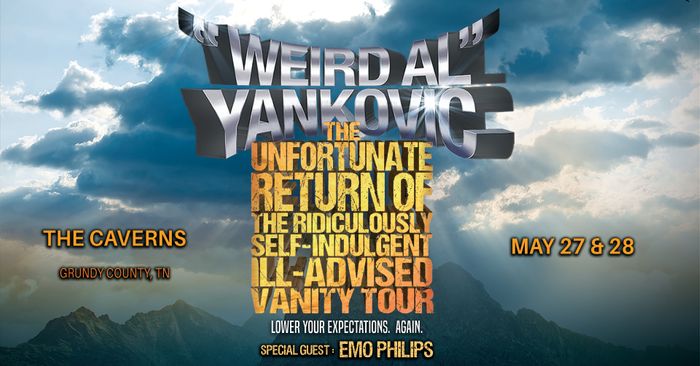 "Weird Al" Yankovic in The Caverns

The Unfortunate Return of the Ridiculously Self-Indulgent Ill-Advised Vanity Tour is Going Underground on May 27th & May 28th.

Almost four years after his first foray into unfamiliar concert territory with his highly-acclaimed Ridiculously Self-Indulgent, Ill-Advised Vanity Tour, “Weird Al” Yankovic is pressing his luck again, this time with The Unfortunate Return of the Ridiculously Self-Indulgent, Ill-Advised Vanity Tour. The tour marks Weird Al’s long-anticipated return to the concert stage after his hugely successful Strings Attached Tour in 2019 where he performed each night alongside a full symphony orchestra.

Once again drawing from his back catalogue of 14 studio albums, Weird Al promises to deliver a different set list every night, with no two shows the same. At The Caverns on Friday, May 27th and Saturday, May 28th, no songs will be repeated over the two nights. As before, rather than focusing on the hits from his career, the show will feature Yankovic’s non-parody material – the somewhat more obscure pastiches and original songs that have largely escaped the pop culture radar but are adored by his long-time fans. And like the last Vanity Tour, he is leaving behind the high-octane theatrics that he’s known for and going bare-bones – no costumes, no props, no video screens... just Al and his band of almost four decades underground in The Caverns, hanging out on stage, playing music.

"Weird Al" Yankovic in a cave, how cool is that?

See a Legend in a Legendary Venue

Don't miss this opportunity to see such a truly unique artist in the otherworldly setting of The Caverns subterranean concert hall on May 27 & 28, 2022 when the Return Of The Ill-Advised Vanity Tour goes underground! 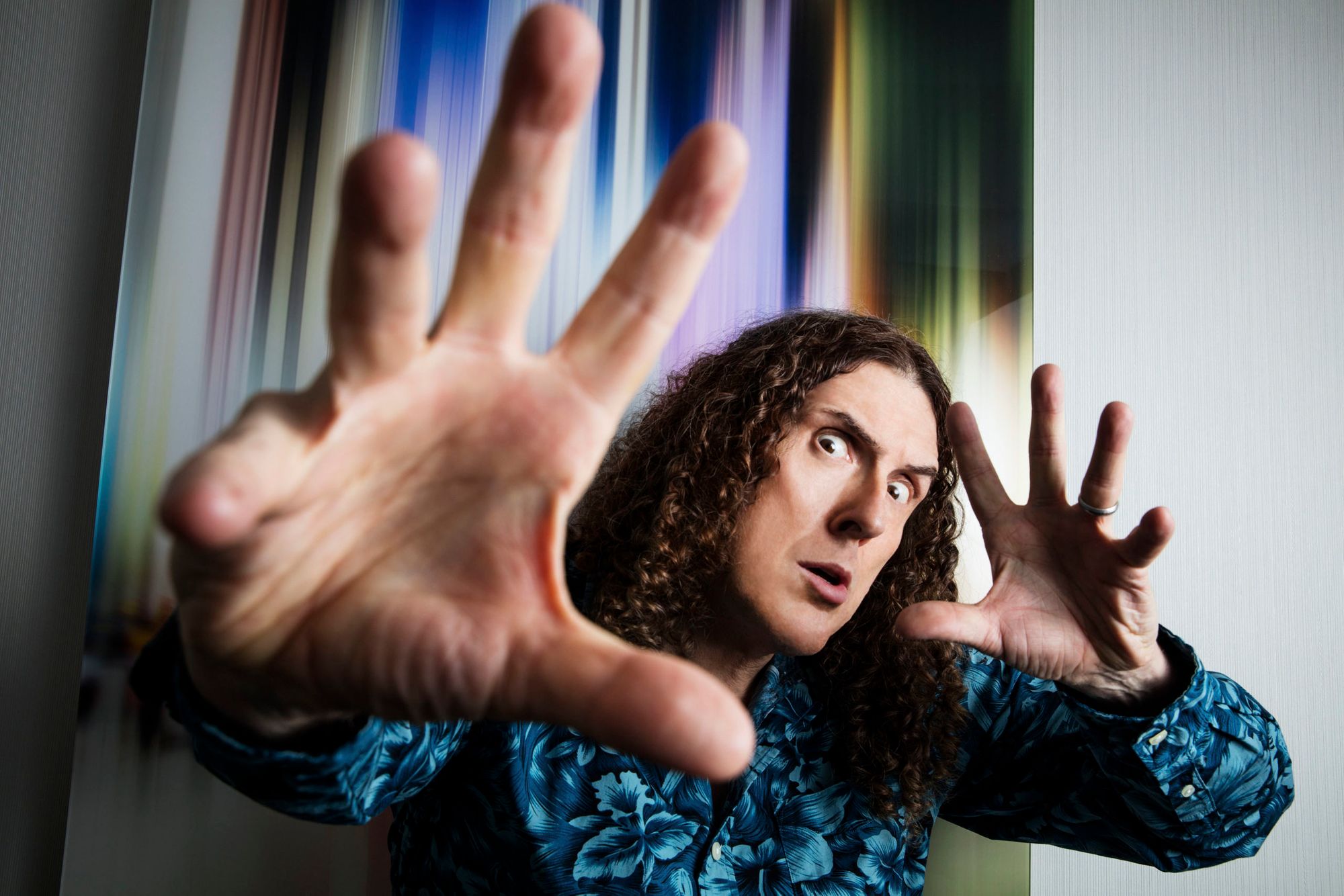 All adult guests must show negative testing with 72 hours of the show plus matching photo ID to obtain entry to the venue, or in lieu of negative test guests may voluntarily provide proof of vaccination or proof of antibodies to gain admission.

Masks may also be required depending on national or local conditions at the time of the performance; please check this page for updates before leaving for the show.